Capsicum annuum
The origin of all these sorts was one single plant from Central Bolivia. Already in 7000 BC there were descendants from this plant almost everywhere in South and Central America. 2000 years later both Hot Peppers (Chilli) and the large fruits of Sweet Peppers were grown to very great extent. Some researchers no longer consider Columbus to be the one who brought both sweet an hot peppers to the old world. They were grown in large parts of Asia several thousand years ago and probably arrived from across the Pacific in one way or another. The peppers arrived early in Europe from the Middle East.
Discoveries in the ruins of a convent at Lund show that Hot Peppers had come to Sweden already in the 1200s. The thick-walled, milder Sweet Pepper arrived a little later and was named in Hungary 1569. It is preferable to grow Sweet and Hot Peppers under protection, hot beds or green houses. Cultivation outdoors could succeed if the weather is good and the place favourable. They are affected by frost and need a lot of heat to develop well, but in temperatures above 30C, germination is poor and the plants may loose their flowers. Please air and shadow the green house if it is too hot. Peppers grow best in warm soil rich in humus with sufficient access to nitrogen and phosphorus and in the pleasurable company of Basil and the onion family. Allow the plant to develop 3-4 branches.
The Sweet Pepper can also be bound up like a tomato plant in a green house and grow 2-3 m tall if sown really early. Prune down to 2-3 branches and fasten them along hanging wires. Harvest successively!

SOWING: Read in the chapter on tomatoes on sowing and growing seedlings. Sweet Pepper can however be sown a little earlier and prefers a warmer place especially during the night.

HARVEST: The fruits are sometimes harvested green but are not fully ripe until they turn red or yellow, orange and brown for some sorts. The plants get new fruits as long as they are harvested. Hot Peppers (Chillies) can also be harvested unripe, but develop their taste more as they ripen. Sun and heat are also important to get really potent chillies. 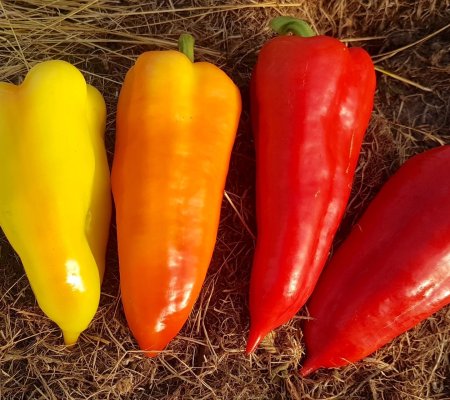 Is a very early and hardy pepper from Hungary. We are always searching for fast peppers... 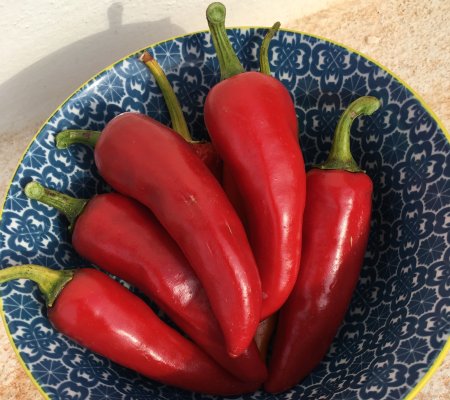 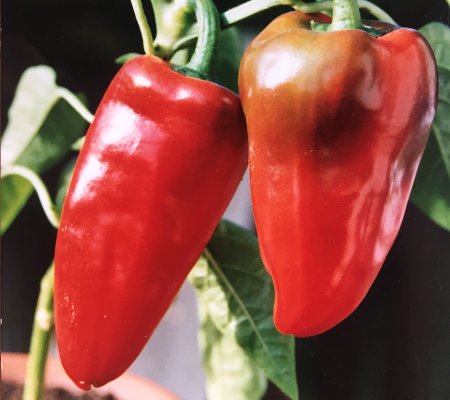 Ripens early with beautiful, shiny, conical fruits. They are heavy, about 12 cm long,... 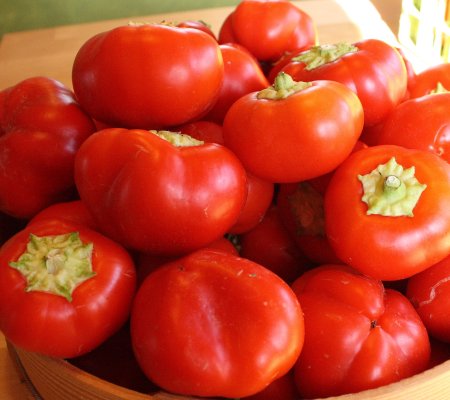 A rare Hungarian pepper with flat-round, slightly ribbed fruits, The shape resembles a... 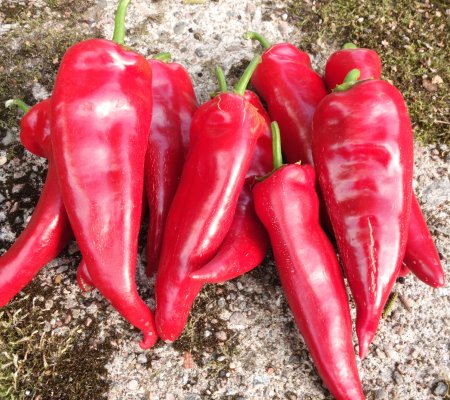 Our Italian friends were quite excited when theydiscovered Cornetto growing in... 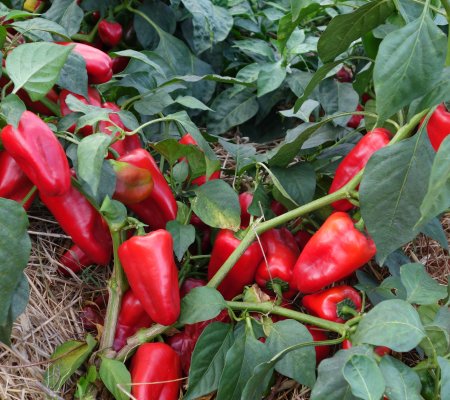 Was named for its mild, sweet taste and juicy flesh, 8-10 cm long turning red as it... 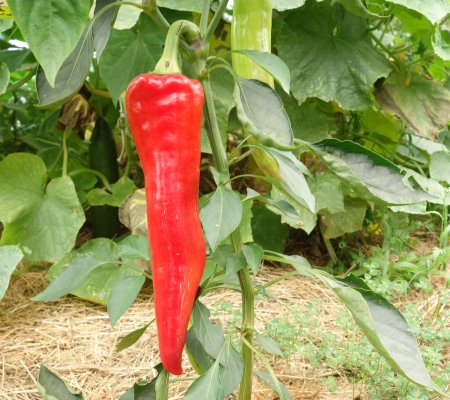 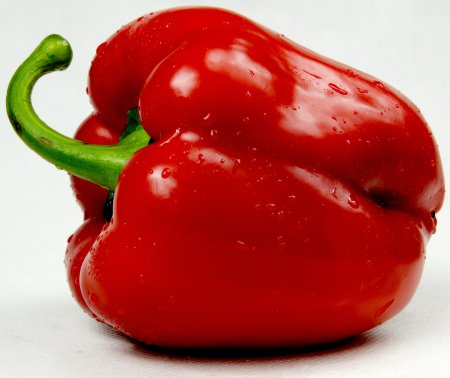 King of the North, ekofrö 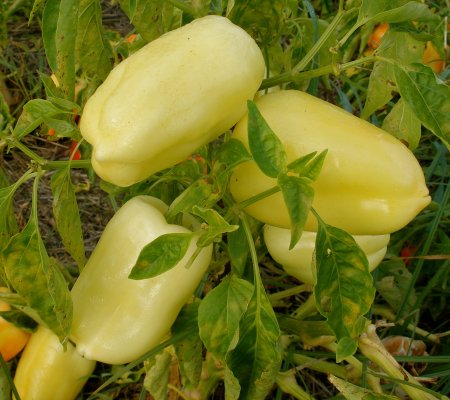 Well known and popular medium-early paprika from Hungary. The plant, which is steady and... 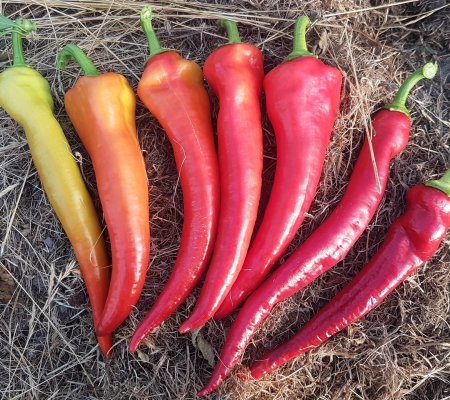 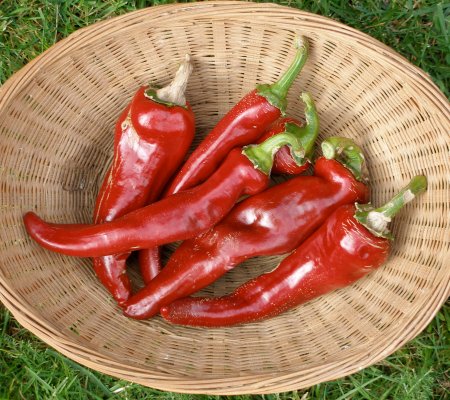 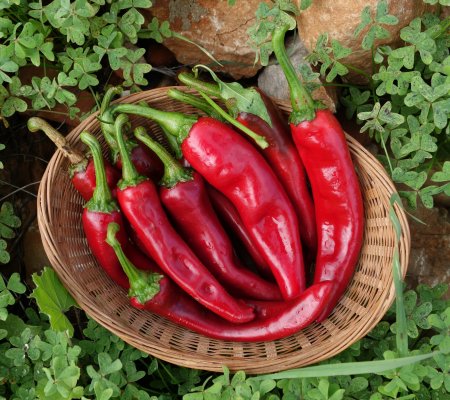 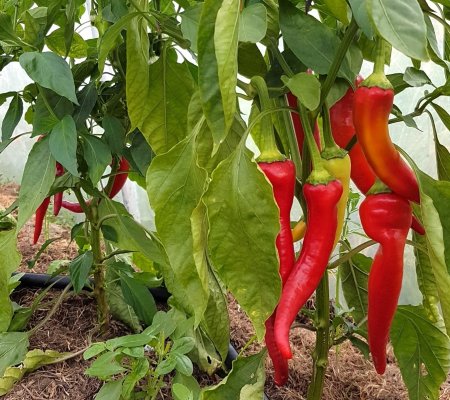 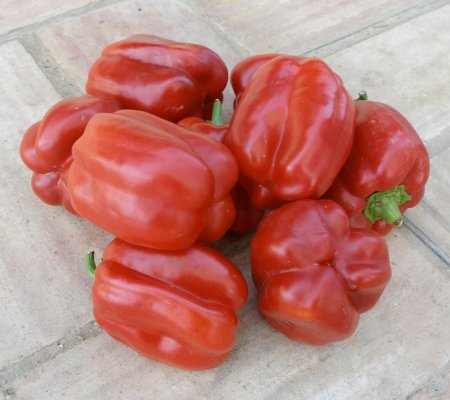 Is an improvement on the well-known California Wonder from the 1920s. It has large,... 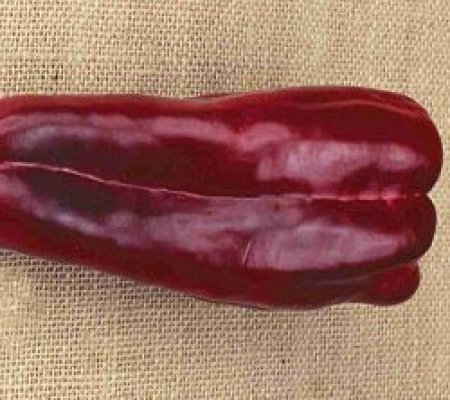 Is a traditional well-known pepper from Italy. This fruit is 3-roomed, a shiny deep-red...