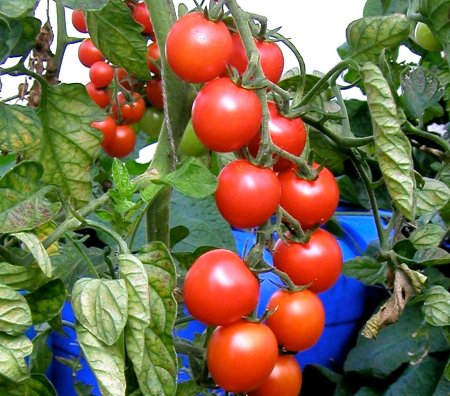 Is an early sort from China with the very best flavour according to lots of people. We were given some seeds by a garden journalist after a trip to China and tried it here. It thrives in our climate and resembles Gardener's Delight in its way of growing but is a lot earlier. The sweet red fruits hang in bunches, are spherical and weigh about 20 g. They are usually grown in green houses or in pots in conservatories. Thanks to its earliness Mei Wei can also be grown outdoors in suitable places. It should be bound up and have the side-shoots pinched off. A portion contains about 20 seeds.