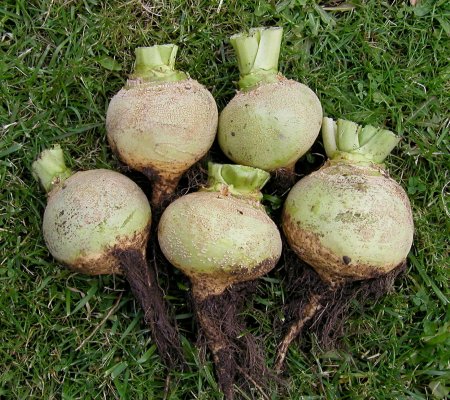 Is an old swede from Russia which we have grown selectively and multiplied since the beginning of the 1990s. It resembles a slightly flattened round "Östgöta" with its yellow root and green neck. Krasnoselskaja is mentioned in Swedish vegetable cultivation in the 1950s as the most tasty food swede of all, in the opinion of lots of people. Only Portion with about 100 seeds.