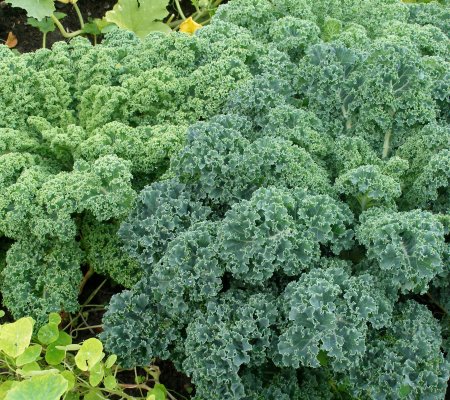 Is one of the hardiest kales. The beautiful, 50-60 cm tall, sturdy plants yield a large crop of dark-green, finely curled leaves with one of the best flavours. The leaves grow ever curlier and darker, almost blue-green after a few nights of frost. W.W. is a western European kale which can be harvested through the whole winter until March. A portion contains about 150 seeds.