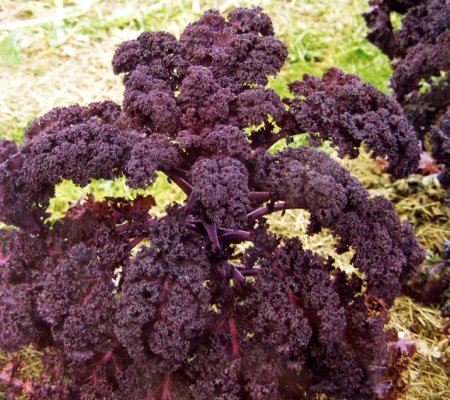 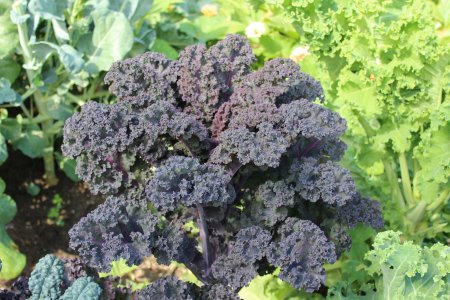 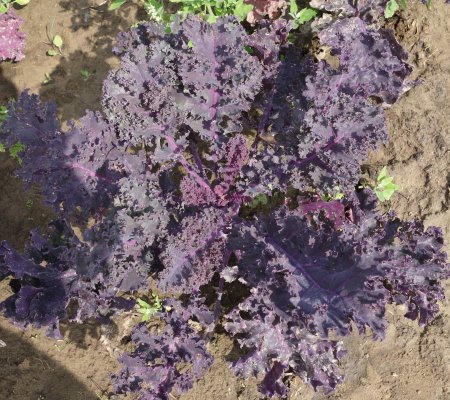 Purple cabbage. This old sort originates in the Baltic States. We received it from there in 1986 and have propagated it since then. The whole plant is heavily dark-violet even out to the ends of the leaves. The stalk is 50-60cm tall and firmly rooted in the soil. The leaves are of medium size and finely curled. Baltic Red is very grand, beautiful and hardy and yields a good crop which turns dark-green when boiled. A portion has about 100 seeds.