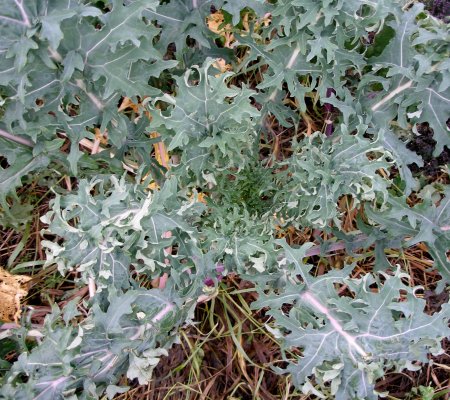 Is probably the mildest and most tender kale of all and one of the most beautiful ones too. The leaves are grey-green with violet stalks and nerves. They are a little crumpled with very serrated edges, resembling large fringed oak-leaves. Young leaves are eaten fresh in salads. The plant grows 40-60 cm tall and is not completely hardy. Red Russian was mentioned for the first time in 1863. A portion contains about 200 seeds.