Broccoliis is as far as one knows, originally an Italian cabbage plant. It was greatly appreciated by the Romans, who called it the five fingers of Jupiter. Despite the Romans spreading it over large parts of Europe it was not grown to any great extent until the 1500s. It was then bi-annual, not producing flower heads until the second year. The broccoli was not just green then but also violet, brown, red and creamy. Most of these brightly coloured varieties disappeared as late as in the 1800s. There are however some left. Broccoli is easy to grow and is not as demanding as for instance cauliflower, which is its closest relative, but a good supply of water is important. It is very nutritious and is grown and appreciated more and more. Read the chapter on growing cabbage plants for more advice on cultivation.

SOWING: Sow thinly indoors or in a hotbed, about 1cm deep, 4-6 weeks before setting out the plants as planned! The seeds want warmth when germinating, preferably just above 20C. After sprouting they should be in a light, cool and airy place to avoid lankiness and attacks by root-neck rot but not lower than 14C for any length of time. Low temperature increases the risk of bolters a lot. Temper the plants gradually before setting them, when the risk of frost is just about over. Most kinds of cabbage can handle a night of light frost. Set out the seedlings a little deeper and tread down the soil preventing the cabbage flies laying their eggs. Many early sorts can be sown directly as soon as the soil has warmed up. Do not allow the sowing to dry out and look out for the flea-beetles.

ï»¿SPACING:ï»¿ Keep 5 cm between plants when pre-cultivating. Outdoors, Broccoli needs 40-50 cm between the plants in the row and about 60 cm between the rows. For a once over harvest a mutual distance of 25 cm is enough. The heads are a little smaller and the side-shoots few but the total crop will be at least as good.

ï»¿HARVEST: ï»¿Cut off the heads with large pieces of their delicious stalks left before the flower-buds have opened, but heads with recently opened flowers are good to eat too. The side-shoots are harvested gradually. The broccoli can handle quite a lot of cold and gets even more delicious after a few nights of frost, just like Kale and Brussels sprouts.I t can remain in its plot far into late autumn. The most common way of storing broccoli is freezing after parboiling. It is also excellent to dry, cut into small pieces, in slow heat. 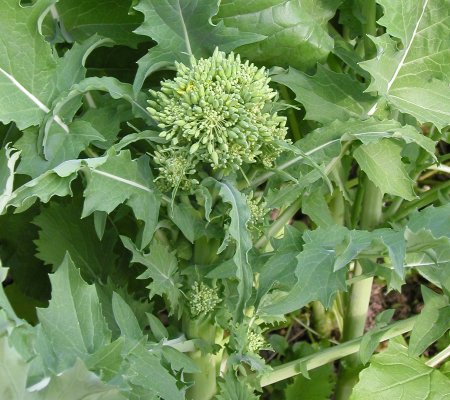 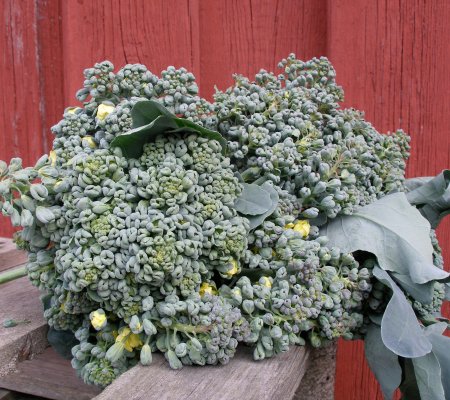 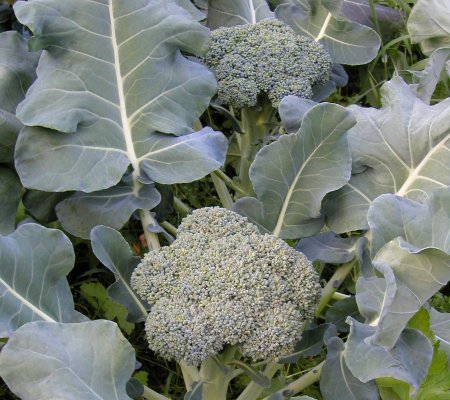 Is an old, good, Italian broccoli of small to medium-sized green heads sitting above the... 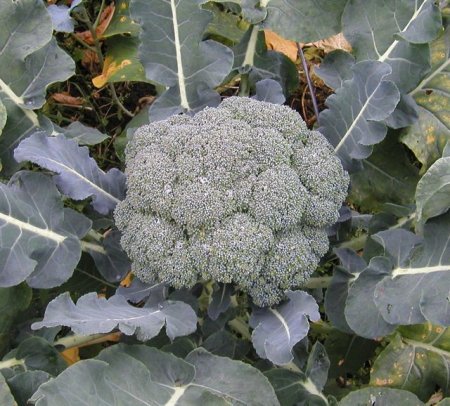 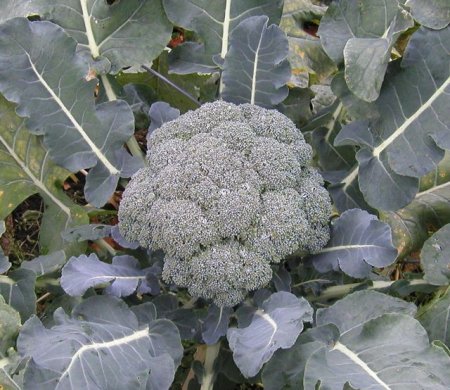 Is a hardy sort for autumn of vigorous, sturdy, slightly compact plants. The central head...