Cichorium intybus and endivia
The Chicory or Road-guard belongs to the composite family and is a perennial growing wild in large parts of Europe and in southern Sweden as well. The cultivated forms, root- or forced chicory (var. sativum), the lettuce- or leaf-chicory (var. foliosum), have been improved on as crops for centuries by selective breeding as have the Escarole- and Frise"™ lettuce types (var. C. endiva). One use of root chicory is as surrogate coffee and for forcing the torpedo-shaped so-called Christmas lettuce in the darkness of winter. There are many types of lettuce-chicory from straggly green leaves resembling dandelion-leaves to firmly knit red heads (radicchio). Escarole has broader, flatter leaves while Frisse"™ has deeply cut, curly ones. They both have loosely knit heads with pale, mild interior. To further blanch the leaves it is possible to bind up the outer leaves or cover the whole plant for a few days before harvesting. Chicory is grown to greater extent in Italy and France, chiefly. The more or less bitter taste makes it difficult, for a lot of people, to appreciate chicory, but mixed with other milder kinds of lettuce it is a most exciting ingredient.  The chicory needs the same kinds of soil and water as common lettuce but needs more heat while germinating, but in return it is hardier in autumn.

SOWING: Sow 1 cm deep, when the soil has warmed up to at least 10°C. The risk of bolters from the plant grows when the soil is too cold.

HARVEST: Lettuce-chicory is cultivated because of the leaves and heads and can be harvested far into autumn. The root- or forced chicory yields a strong pole-root for forcing during winter. It can be dried, toasted and ground for coffee surrogate, which is very common on the continent.
Roots for forcing are harvested late. Cut off the tops a few cm above the neck of the root, trim and shorten to 15 "“ 20 cm. Let them dry a little before storing in the same way as carrots. To force-grow pack them close together in a deep box or bucket with soil, moist sawdust or peat. If the space they are in is absolutely dark there is no need to cover, but the best crop comes from covering the roots with a 20 cm thick layer of dry sawdust or peat. Keep the box in darkness at a temperature of 15-20°C. After 4-6 weeks yellow-white, crisp heads can be harvested. If lighted they turn green and bitter. 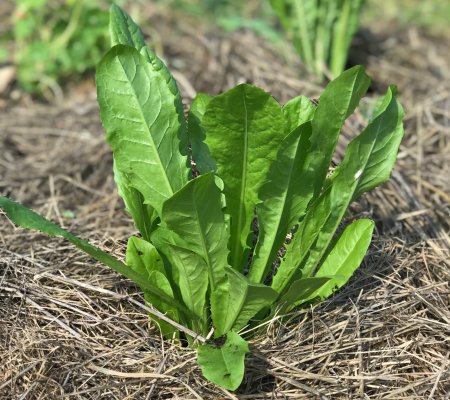 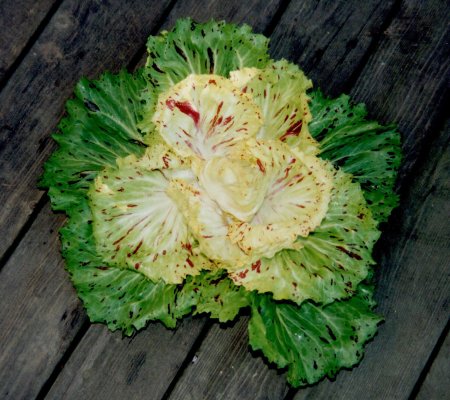 Is a very beautiful lettuce from Italy, much appreciated at least since the 1700s. The... 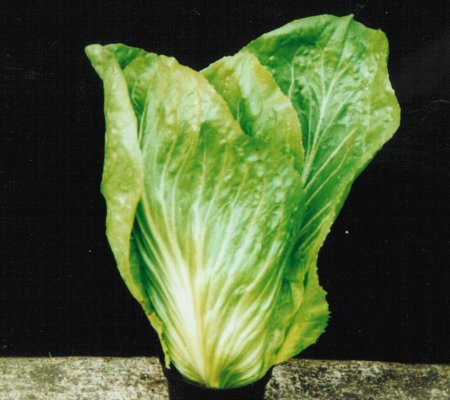 Also called Sugar Loaf. Combines the bitterness of chicory with an attractive sweetness.... 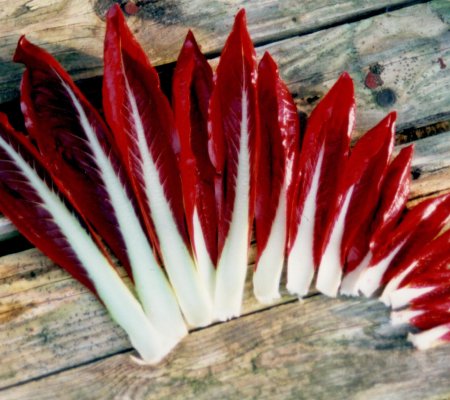 Is a pretty, elegant lettuce from Treviso in Northern Italy. The head is torpedo-shaped... 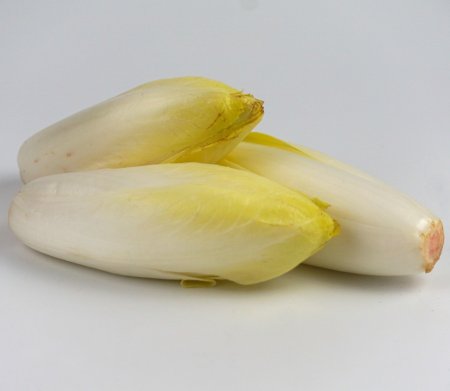 Also called Bruxelles Witloof. It is a well known chicory for forcing during winter (se...