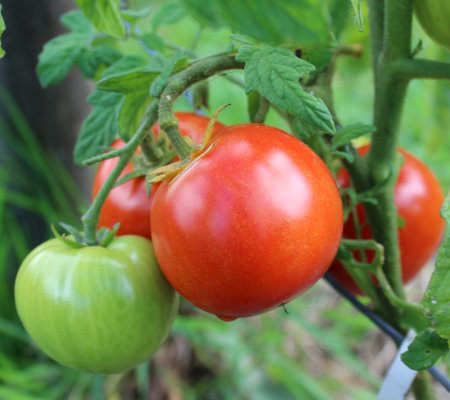 Many of you have for years been asking for this Swedish tomato and now we have propagated enough seed to be able to offer it. It was introduced in 1937 and was a "workhorse" for Swedish commercial cultivation in the 1940s-70s. In 1981 it disappeared from the market, to be replaced by the new hybrids. The fruit is round, red, 2-3-chambers, firm, somewhat juicy, very aromatic and weighs around 100g (3 oz.). The tomatoes ripen fairly early on plants that are between 1.2 - 2.5 m high. Selandia is primarily intended for greenhouses, but also gives a decent harvest in the open if it is in a protected location.