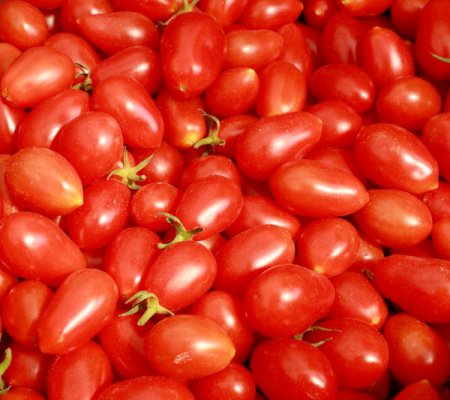 A real pearl! Shiny bright red and very, very tasty. Small date-shaped fruits with solid flesh, hanging in clusters on a tall and healthy plant, whose shoots need pinching out . We obtained some seeds from a client, Jan Strålman, several years ago, and have since grown it every year, both in greenhouse and open field. The origin is as uncertain as its name, but it has proven to be stable over the years and now we have propagated enough seeds to offer this delicacy to all connoisseurs. A portion contains about 20 seeds.