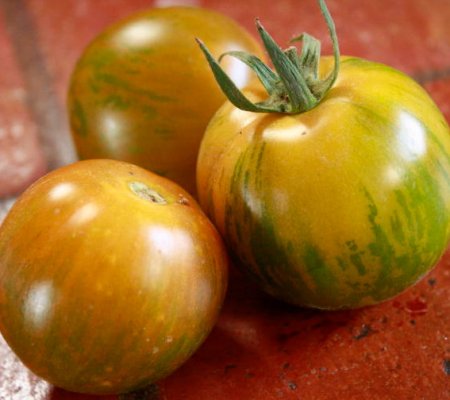 Provides a delicious yellow-green tomato with dark green stripes. The flesh is green and juicy and the peel is thin. The fruit is spherical and of medium size. The plant is just over three feet high in the open and slightly higher in a greenhouse. It needs support and the shoots should be pinched out. Green Zebra, which was introduced in 1983 by Tom Wagner of Tater Mater Seeds in the United States, belongs to the medium late varieties, but has time nonetheless to give good fruit in the open without shelter, here on the west coast of Sweden (zone 2-3). A portion contains about 20 seeds.