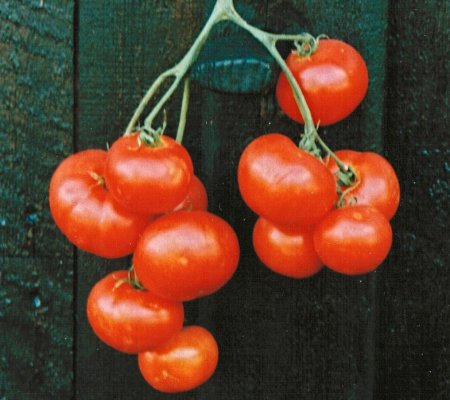 Is an early and hardy tomato for growing outdoors mainly. This one is very well-known and is often sold as seedlings to hobby growers. The fruits are medium-sized, red and firm. The plant grows about 1 m tall and must be bound up and the side-shoots pinched out. A portion contains about 20 seeds.