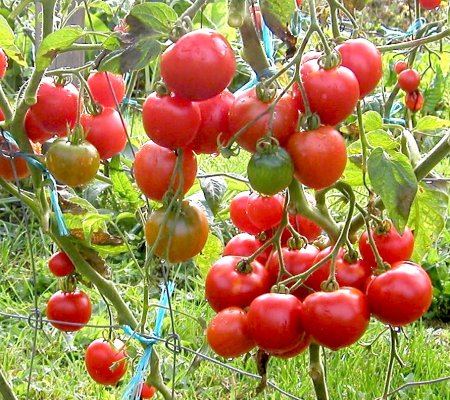 Is a fast and hardy tomato, of very fine taste, for growing outdoors and in cool greenhouses. The crop gets better if the plant, about 1 meter tall with broad leaves, gets bound up and the side shoots pinched out. Stupice, which originally comes from former Czechoslovakia yields a good crop of just under medium-sized, shiny red, sweet and juicy tomatoes. It has won several ballots as the best flavoured tomato of its class. A portion contains about 20 seeds.