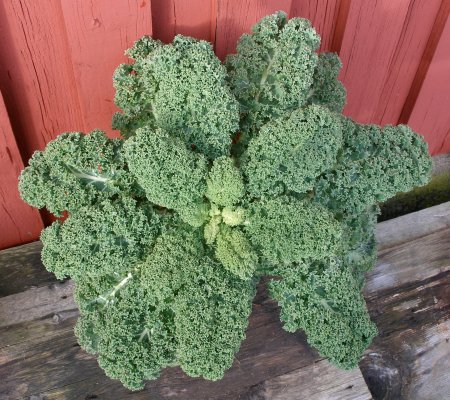 Is a traditional kale of large broad moss-curly leaves which grow ever curlier towards autumn. This strong plant gets 50-75 cm tall. M.T.C. is not quite as hardy as the later sorts but yields a large crop a bit into winter. A portion contains about 150 seeds.