Allium porrum
The leek is thought to have developed from the wild leek kajpar (Allium ampeloprasum), which grows wild around the Mediterranean, but on Öland and Gotland in Sweden as well. It was grown long before Roman times, but they were the ones who spread it over large tracts of Europe. The emperor Nero, who was crazy about leek, ate such large amounts of it to beautify his singing voice that he was nick-named "˜Porrophagus"™ "“ the leek-eater. The leek needs large amounts of nutrients, especially nitrogen and potassium, and wants deep, water-retaining soil rich in humus. Intractable clay soils are less suitable, because the roots grow deep in the soil. The leek prefers a warm sunny plot to grow in and the soil should have a relatively high pH-value. Unusually enough it thrives in the same soil for years on end as long as no soil-bound diseases or the onion fly and moth attack it.  The leek is rarely troubled by insects and thrives in the company of carrots, celeriac, onions, and cucumber plants, but it hates both peas and beans as all onion plants do. Read further in the chapter on yellow onion about attacks and pest control.

SOWING: Leek should be sown in February-April indoors or in hot beds in warm soil (20-25°C).  The seeds germinate faster if they are soaked in tepid water for 24 hours before sowing. Dry them and sow ab. 1 cm deep thinly. If the seedlings are too close together they easily grow tall and lanky. The leek also becomes stronger if the tops are cut down to ab. 6cm during the first 4-6 weeks. The seedlings should be in a light, airy, quite cool place during pre-cultivation. If the seedlings are pre-cultivated indoors they must be tempered successively for a week or so before setting out which takes place when the risk of frost is over and the soil has warmed up a bit. The risk of bolters grows if the seedlings have to endure temperature chocks. Leeks can only be sown directly in the plot in the southernmost part of the country and as early as possible.

SPACING: Keep a few cm between the seedlings during pre-cultivation and 20-30 cm between the plants in the plot and 40 "“ 60 cm between the rows. The leek seedlings should be set out deeply each in its own hole or in furrows and then banked up with soil, hay or the like several times during the season. This stimulates the growth point to move upwards making a longer white neck possible.

HARVEST: Many sorts of leek are fully hardy in winter and can remain outdoors the winter through but they do freeze stuck if the soil isn"™t covered with thick layers of hay or straw. Cold is not the greatest threat to wintering leeks, however, humidity is. Harvest wintered leeks before they begin to grow next spring! They will soon develop inedible flower stalks otherwise. Usually, leek is harvested in late autumn and heeled in a green house or in a covered hot bed or densely packed in a box of soil, sand or peat in a cold suitably damp cellar. Leeks do alright in this way far into spring. They can be frozen without parboiling too, but loose a lot that way. It is then better to dry them in pieces in an airy, warm (below 50°C) place. 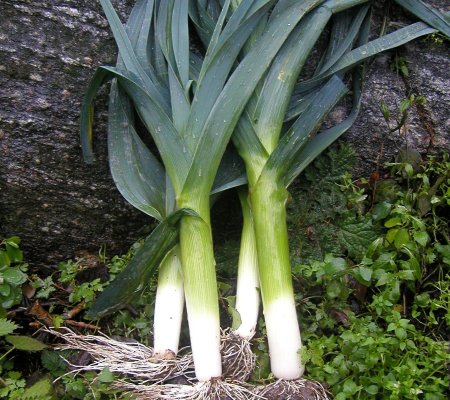 Has looong, white, firm necks and that is the distinguishing quality of this fast growing... 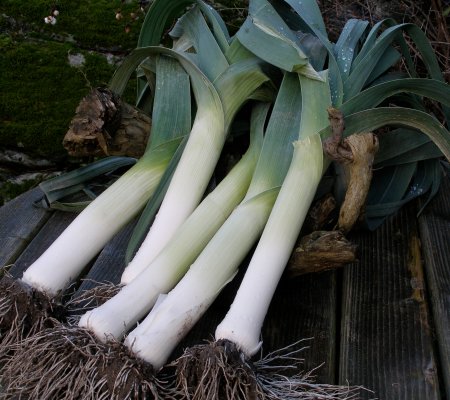 Is a leek of the so called Swiss Giant type from Germany with long, white, dense stems... 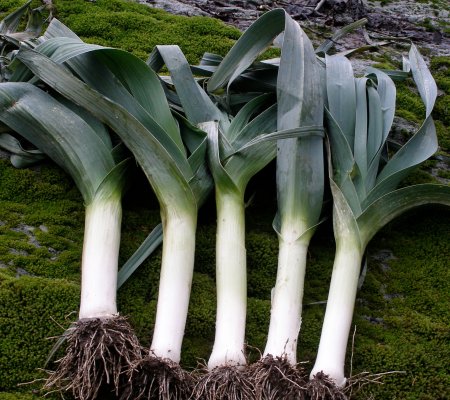 Is a vigorously growing German leek with a 20-22 cm long thick neck without any tendency... 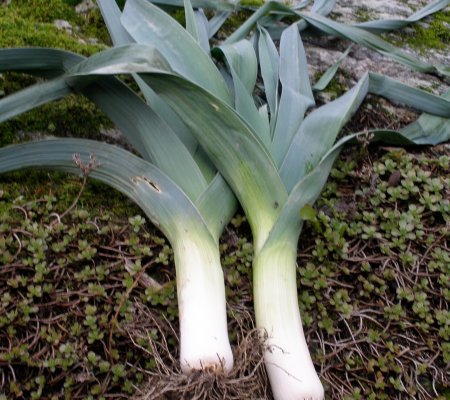 Is a vigorous Italian winter leek of dark-blue-green spreading leafage. The neck is... 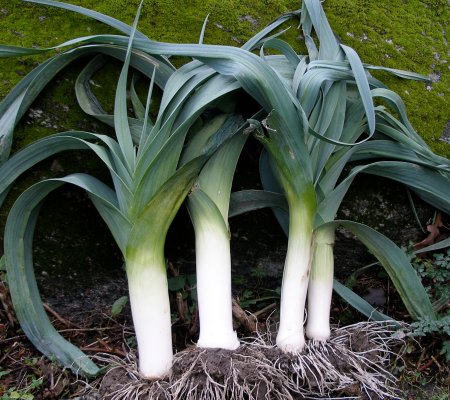 Is a really hardy overwintering leek with a fairly upright growing, blue-green foliage.... 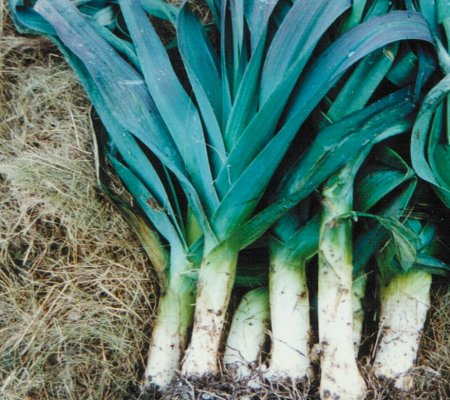 Is the most beautiful leek and also one of the hardiest. It was bred from the very...