The cauliflower originates in the countries around the Mediterranean and most scientists consider it to be a further development of broccoli. The first description of cauliflower is probably from Syria in the 1100s, but it wasn"™t commonly cultivated in Europe until the 1600s. There were not only white but also red and violet sorts. Not until the late 1800s did these colourful varieties become unfashionable and almost disappeared. Now new, modern coloured varieties are back.

The Cauliflower wants to grow smoothly, preferably without breaks caused by drought, heat or lack of nutrients. If so they may not create heads or become downy, leaves could grow through the head or grow small heads too early which bloom quickly. The cauliflower is also affected by lack of boron.

Despite all this the cauliflower isn"™t as difficult to grow as its reputation says. Provide it with a lot of good well turned compost, well burned natural manure and/or a thorough green fertilization and never let it suffer from drought. Read the chapter on cultivating cabbage plants too for further advice.

SOWING: Sow thinly indoors or in a hotbed, about 1cm deep, 4-6 weeks before setting out the plants as planned! The seeds want warmth when germinating, preferably just above 20°C. After sprouting they should be in a light, cool and airy place to avoid lankiness and attacks by root-neck rot but not lower than 14°C for any length of time. Low temperature increases the risk of bolters a lot. Temper the plants gradually before setting them, when the risk of frost is just about over. Most kinds of cabbage can handle a night of light frost. Set out the seedlings a little deeper and tread down the soil preventing the cabbage flies laying their eggs. Many early sorts can be sown directly as soon as the soil has warmed up. Do not allow the sowing to dry out and look out for the flea-beetles.

HARVEST: Cut off the heads before they begin to crack or get downy. Cauliflower heads become yellow easily in strong sun-light and drought. Cauliflower can handle a few degrees of frost but must thaw out completely before harvesting. Cauliflower should be eaten fresh, preferably, but bears a week or so in a refrigerator or cellar reasonably well. It can be dried as well in pieces, preserved, soured or frozen after parboiling. The colour yellows a little when frozen but the taste remains reasonably good. 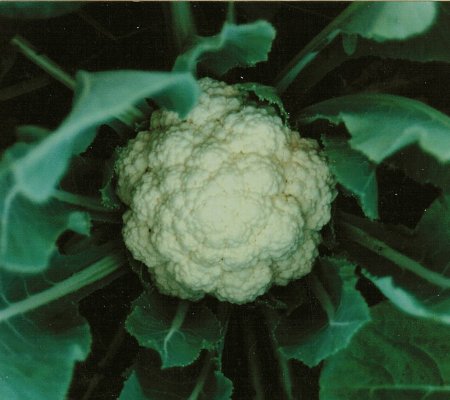 Is an early cauliflower with a firm, high-domed, whitehead, which is well protected... 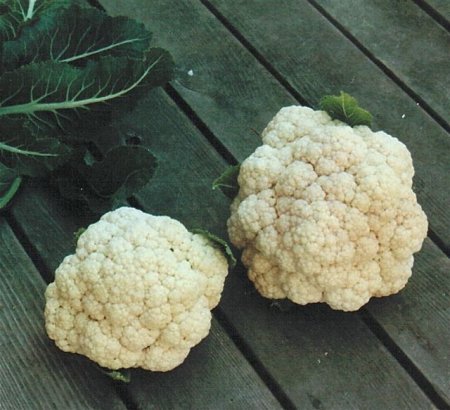 Is a well-known and easy to grow cauliflower for harvest in the summer and autumn. It... 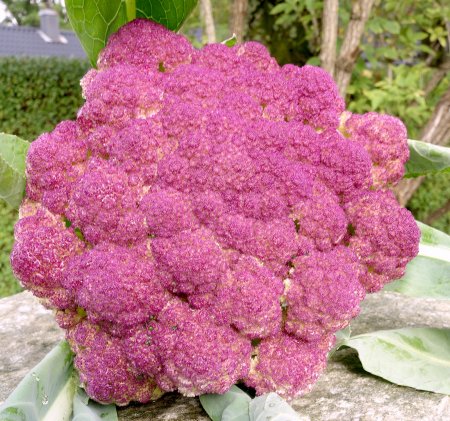