Zea mays var. saccharata and everta
Corn comes from Southern Mexico, Guatemala and Honduras originally, but the plant which is its ancestor is a botanical mystery and researchers from different camps have argued about it for a long time. The so-called "˜corn-war"™ is still in full fling.
The oldest finds of cultivated corn come from the Tehuacan valley in Mexico and are ab. 5000 years old. Finds, several thousand years old, have been made all over Central- and South America and even in southern USA. Between 2-300 different sorts of maize were already cultivated when Columbus arrived such as the sweet corn we are used to and sorts for animal fodder and in many colours.
As soon as Columbus had brought seeds to Europe the corn spread, at top speed, to Africa, India, Tibet and China where it was commonly grown after only a few decades.
Corn is now grown all over the world in lots of varieties and has become one of the most important grains but, sadly, most of the old sorts have disappeared and the Market is now almost completely dominated by hybrids and transgenic species.

Corn prefers deep sand-mixed soil, rich in humus and is grateful for good supplies of nutrients and water. It is a heat-loving plant thriving in the company of beans, peas, potatoes, cucumber-plants, sunflowers and dill but not salad-cabbage and tomatoes.
Corn has male flowers in a panicle on top while the female flowers are on a cob in the axils close to the stalk.
Never sow or plant corn in one row or double row. Pollination will be bad because of it. The corn should grow in a square group for the very best pollination. If the pollination is insufficient some corns will be missing from the cob and the top will be wholly undeveloped.
Keep the weeds carefully away until the plant is 30cm tall, but hoe shallowly, corn has roots very close to the surface. Water in drought and preferably cut away the side-shoots down low on the plant. They steal some of the strength and delay and impair the crop.

SOWING: Sow indoors or in a hotbed, about 4 cm deep, 4-6 weeks before planting outdoors and keep a temperature of around 25°C during germination. Lower the temperature after sprouting to prevent lanky seedlings. If the seed was scattered, pot on the plants to separate pots, when they have grown 5-10 cm tall.
Corn is affected by frost, so do not set out the plants outdoors until the risk of frost is over and the soil has warmed up. Corn can be sown directly outdoors in southerly, warm places in Central Sweden. The temperature of the soil must be at least 15°C otherwise untreated seeds will rot. Covering with fibre-cloth before and during sprouting raises the temperature a few degrees.

HARVEST: Sweet Corn is ready for harvest when the silky threads have wilted, the cobs grown thick and blunt and the seeds are pale yellow. When pressing a nail into a grain of corn a somewhat viscous, milk-white juice emerges. Poach the cobs immediately and enjoy! They can also be frozen or preserved. The cobs for pop-corn maize should remain until they are really ripe. 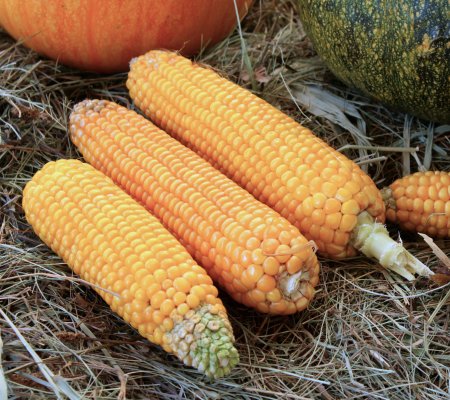 Sweet Corn. Is the earliest standard sort. We have missed it for several years, but have... 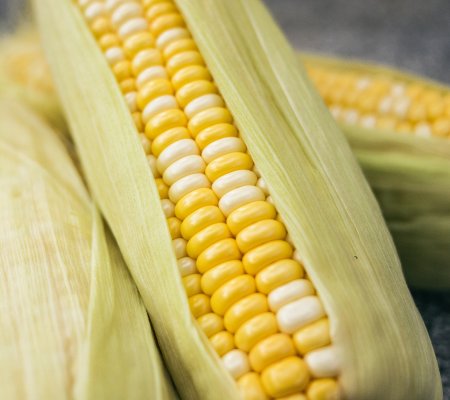 Sweet Corn. Is a traditional, early, openly pollinated sweetcorn of 2 colours. It... 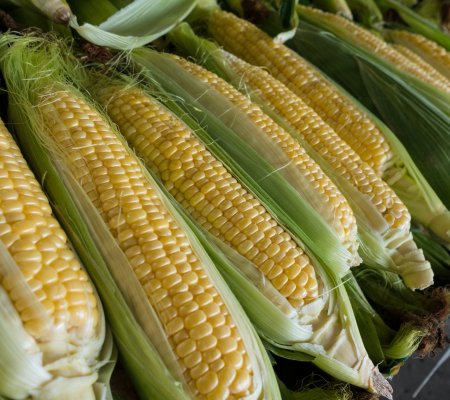 Sweet Corn. Has been appreciated since 1902. It is one of the sweetest standard sorts and... 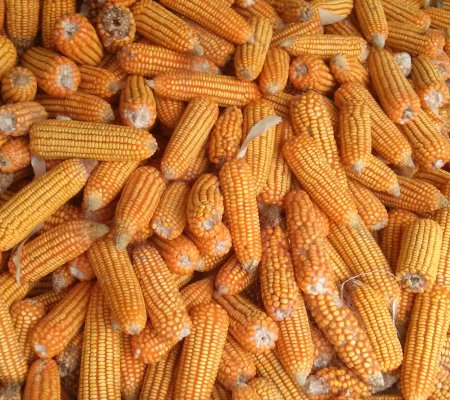 Tom Thumb yields small dense cobs with lots of kernels on each. This is an improved... 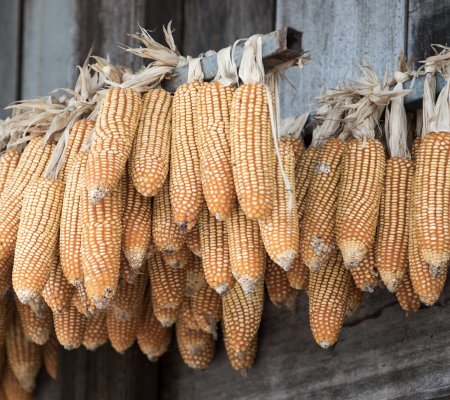 Popcorn. Early white/yellow popcorn maize. 5% of the ears turn red and are very... 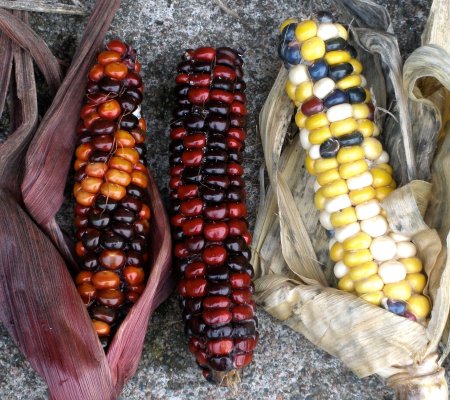 Dry Field Corn. It is difficult to find a more beautiful food. The cobs, quite thin,... 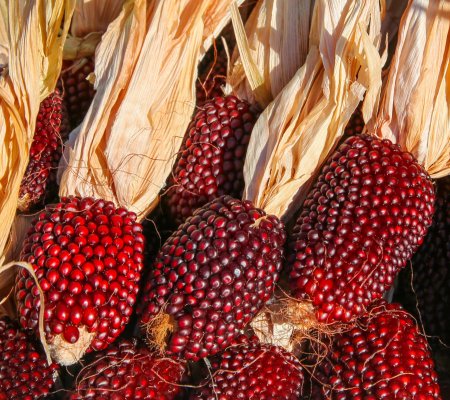