Cucumbers, Melons, Pumpkins, Marrows, Squash and Gourds are the most commonly cultivated plants of the Cucumber family. They are all annuals and grow vigorously if they get a warm, loose, damp soil with lots of nutrients to grow in. Their need for potassium is great, while too much nitrogen causes an overwhelmingly vast mass of leaves, bad fruiting and fruits of inferior quality. Well burned compost and natural manure are the best fertilizers. All plants of the cucumber family are affected by frost.
Their way of growing is originally climbing, but the compact bush types are getting more common. The flowers are yellow "“ orange and of one sex. The female flower carries the ovary of the fruit, botanically a berry, under the flower. To secure fertilization, if the insects cannot get there, you can swab the female plant with pollen from the male plant, preferably in the morning when the pollen is the most vital. If the flower is not fertilized the ovary rots from the top end.
Cucumber plants should not be cultivated in the same soil more often than every 4 years because of the risk of contagion from bacteria and fungi. Attacks by different fungi, bacteria and viruses are much greater threats than insects. They can be aired away or sprayed away with teas of Common tansy, wormwood, fermented nettle water and soap water and in worst case scenarios showers of pyrethrum or rotenone. To prevent contagion or keep it under control spraying with extract of algae and a strong decoction of horsetail is excellent on both the ground and the plant. There should be ample space between the plants so they can have an airy site to grow in and avoid using nitrogen fertilizers which drive the plants too much.
Co-planting adds to the well-being of the plants and thus their powers of resistance.  Please grow corn, peas, bush beans, Jerusalem artichokes, sun flowers in the company of the cucumber family, but not potatoes, herbs or radishes.
Be very careful with the roots when planting. They are affected by disturbance of their roots and they therefore appreciate a good ground cover, which keeps moisture in and makes the disturbing hoeing of weeds superfluous. The fruits keep clean as well. However, wait for the soil to become really warm before you cover.

Cucumis sativus
Cucumbers have been grown for a very long time. The oldest finds come from South-East Asia and are dated to 9750 CE. The ancestors of our present cucumber, however, are not reliably identified as yet. Probably it is descended from an unappetizing wild species, C. hardwickii, which grows on the southern slopes of the Himalayas and in northern India.
4000 years ago it was grown universally in most of Asia and arrived in Europe via the Middle East and North Africa. With the fall of the Roman Empire it disappeared from Europe and was not grown again until the mid 1500s. The cucumber came to Sweden in the 1600s.
Cucumbers should be grown in a sunny place, out of the wind. Never allow cucumber plants to dry out they easily become bitter that way.  For more information read in how to cultivate cucumbers.

SOWING: The seeds are usually sown indoors or in a hotbed 4-5 weeks before planting outside. Sow in pots, 1 - 2 cm deep and 3-4 seeds in each one. The fastest and most reliable germination is at a temperature of 22 -26C. Thin out to 1-2 plants in each pot and keep them in a light, airy place. Temper the plants before setting them out, which should be when the soil has warmed up and all risk of frost is over. In really warm places it is possible to sow them directly.

HARVEST: Harvest the cucumbers gradually as they reach the desired length. Do not let them overgrow and become unappetizing. Fresh cucumbers cannot be stored for any length of time, but pickled or soured they can   for a while. 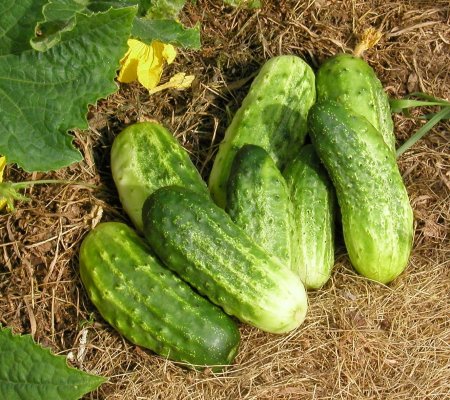 Is a very early pickling gherkin of medium green fruits, which, like all pickling... 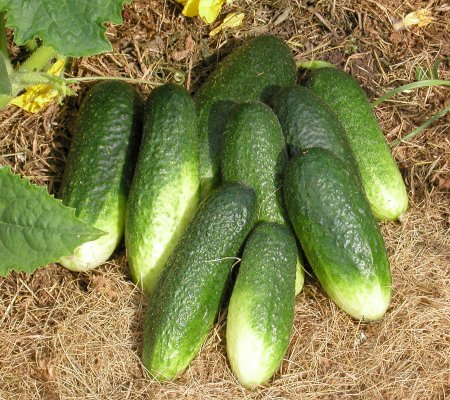 Is a smaragd green pickle ghurkin, that also is enjoyable fresh for salads. The plant... 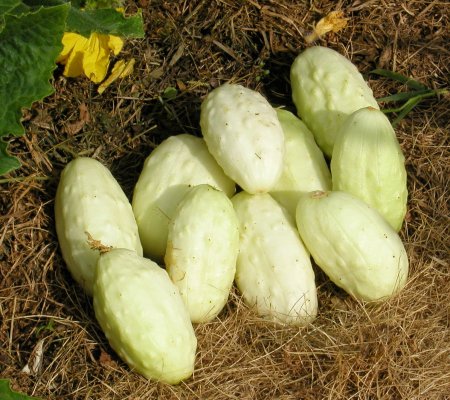 Is cream coloured, small and plump like an egg, our early favourite cucumber. The plant... 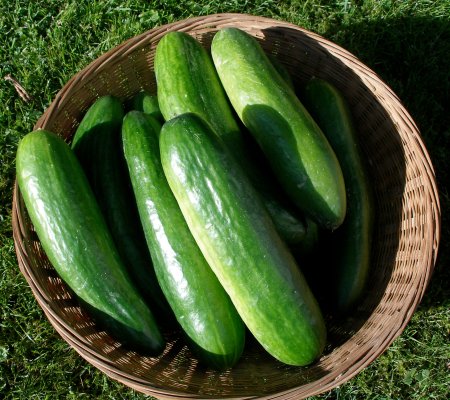 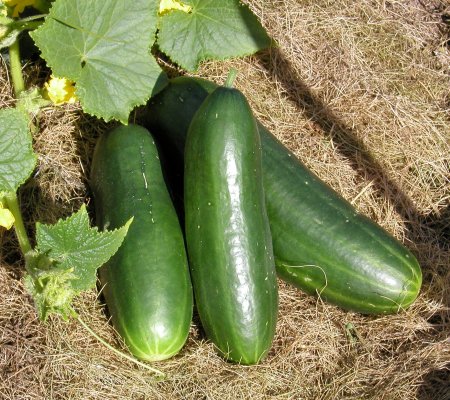 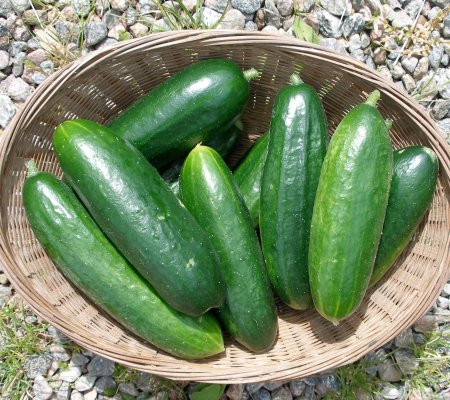 We have long been looking for a Beit Alpha cucumber that is not a hybrid and is... 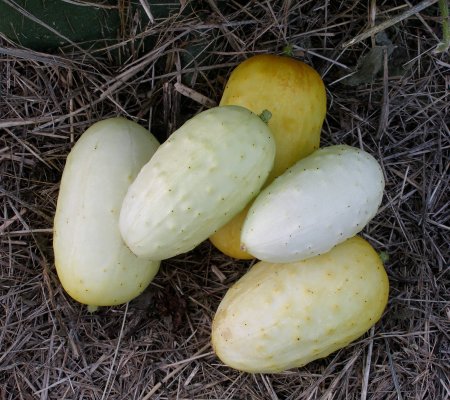 Chubby, cream-white cucumber with small, black spines. The spines can easily be removed,... 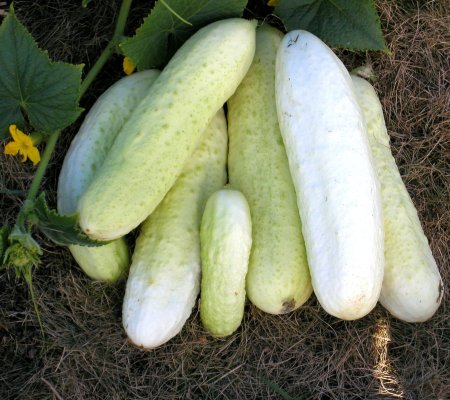 Appeared in the assortment of several seed companies around the turn of the 20th century.... 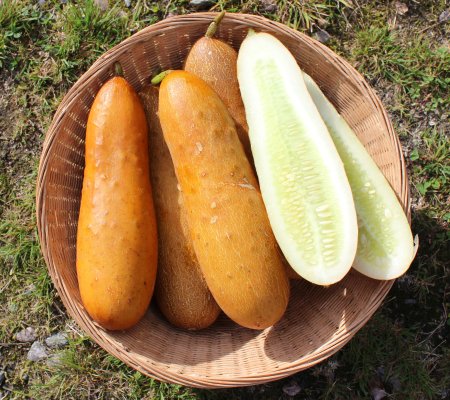 No description in english. Only swedish so far. 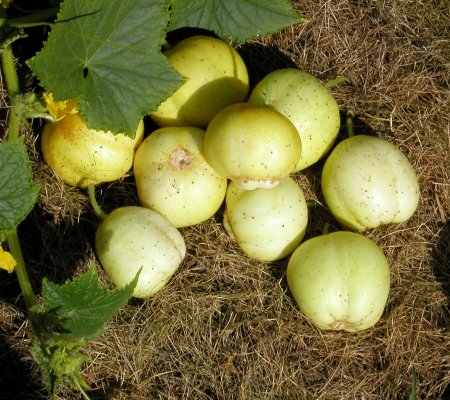 Also called Lemon. Is for growing outdoors and gives a fruit that is round like a ball... 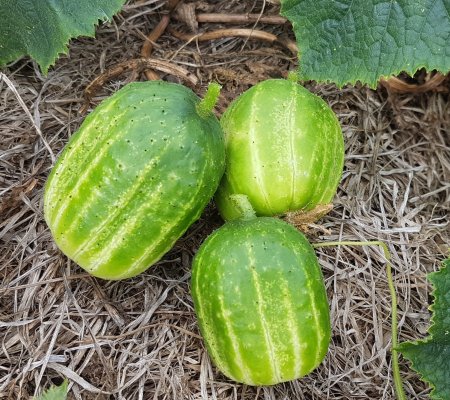 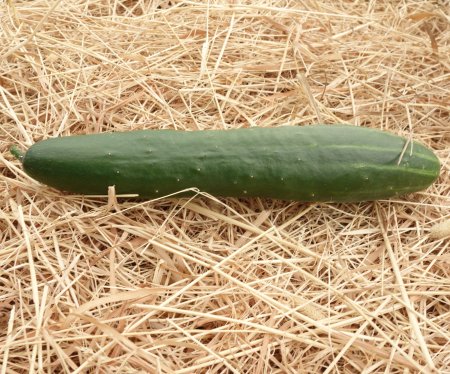 A cucumber for the greenhouse and for warm locations outdoors. Long, of uniform thickness... 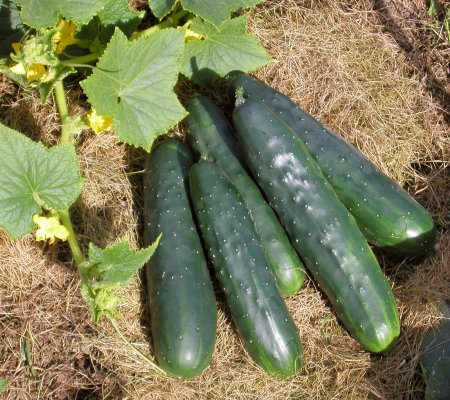 Is a medium early slicer for northern conditions grown directly in plots or... 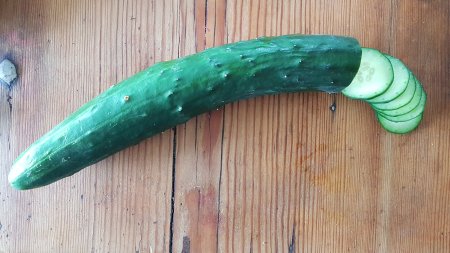 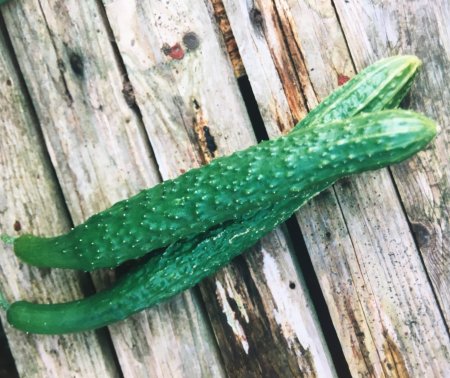 Is a cucumber from Northern China for growing in green houses and outdoors. It's a very... 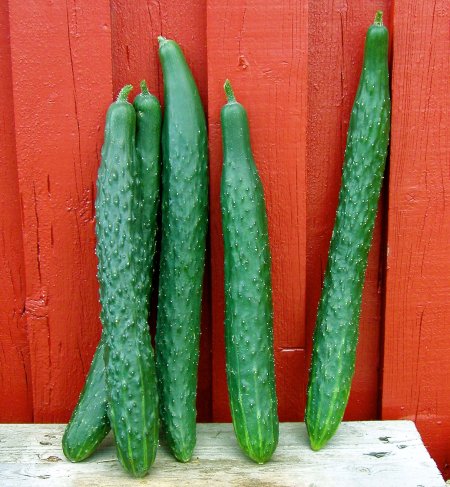 Is outstanding in flavour, the most delicious cucumber ever, is a very old sort from... 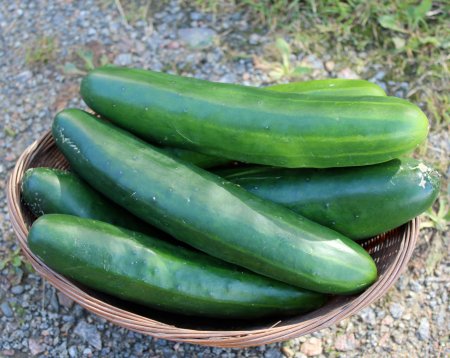 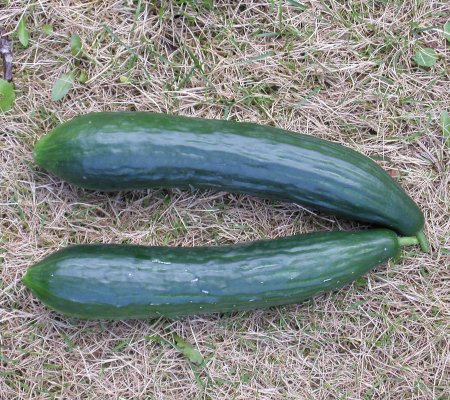 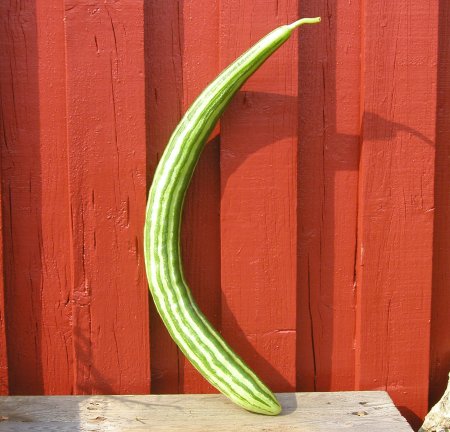