Cucumis melo
The melon comes from Persia originally. It was grown around the whole Mediterranean area early and had reached most parts of Europe aided by the Romans. After the fall of the Roman Empire it only appeared sporadically in France and England. Not until the 1400s did it come back for real, chiefly in France where it was greatly appreciated and there several new variants were developed.
The melon is grown, several variants, all over the world today.  C. melo var. reticulates is our common netted melon while the smooth and ridged melon is called C. melo var. cantalupensis. The so called winter melon or casaba C. melo var. inodorus is mostly grown in Asia. It lacks the aroma of the ripe melon.
Like other members of the cucumber family the melon is annual with deeply cut hand-like leaves, yellow flowers (sometimes carrying both sexes) and juicy fruits.
The melon needs a lot of heat and should be cultivated in green houses or hotbeds in water retaining soil rich in humus and nutrients. Swab pollen from several male flowers on to female flowers at the same time if the insects cannot get at them, and let every plant develop 4 "“ 6 fruits! Shade and air the plants if the temperature reaches over 30oC. Fertilization does not work well if it is too hot.
It is all right to bind up melon plants in the green house to save space. Read further under cucumber plants for more advice on cultivation and pest control.

SOWING: Read under cucumber plants. The best germination temperature is around 30°C.

SPACING: The most suitable mutual distance between plants when winding along the ground is 60-100 cm. Bound up in a green house 40 cm is sufficient. The plant, when bound up, may need support for the fruits.

HARVEST: The melon is ripe when its gray green colour begins to change to pale yellow over orange and the fruit easily loosens. The Charentais melon should be harvested before over ripening and changing to yellow.  The stalk now has fissures close to the hold of the fruit and the full aroma reveals that the melon is ripe. Store it in a cool place. 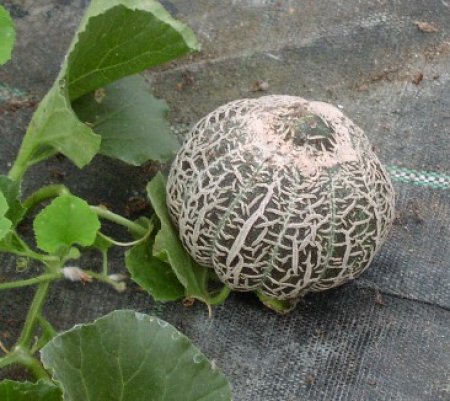 Originating in Armenia but improved on and named in America around 1850. This unique... 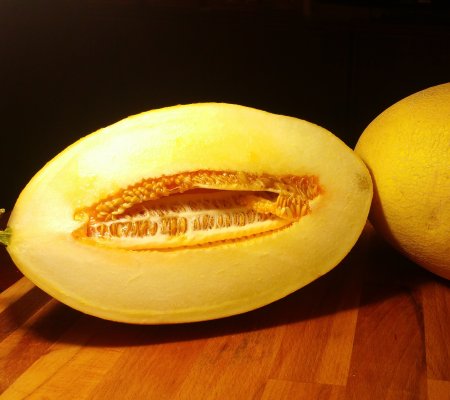 Is one of the earliest melons for outdoors- and green house planting. It yields a little... 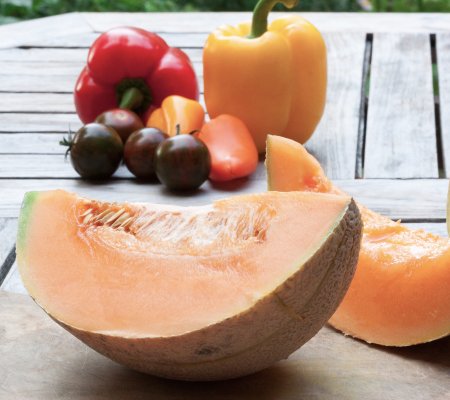 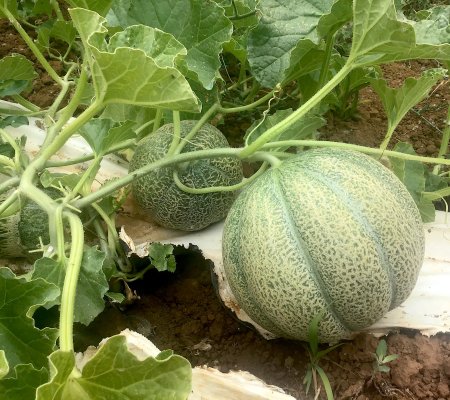 Is the original French melon, ancestor of numerous more modern hybrid sorts. The fruit is... 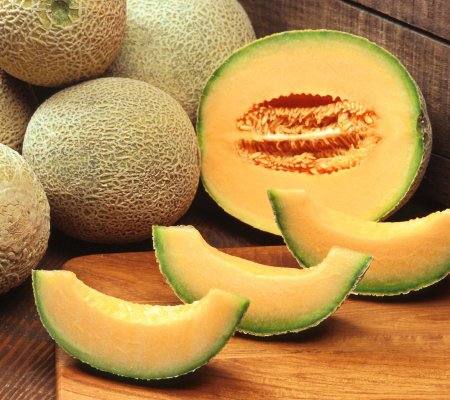 Was one of the most commonly grown kinds during the 1900s in both Market gardens and... 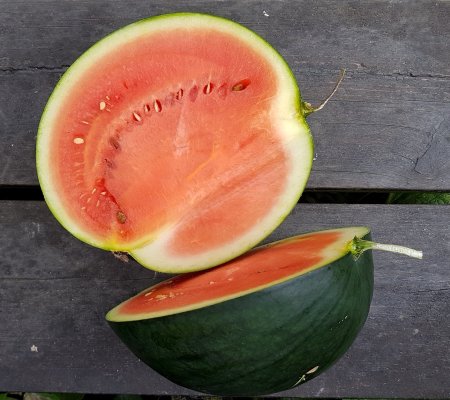 Is a very early water melon yielding a decent harvest even outdoors in Southern Sweden on...