Ginkgo biloba
belongs to its own family Ginkgoaceae and is the oldest tree species still in existence today. It grows in the temperate zones of Asia, chiefly. It is a natural remedy of long tradition and is used among other things to improve circulation and aid memory. The leaves and seeds of the plant are used. Ginkgo grows slowly and should be considered a potted plant which can spend time outdoors readily in summer. Only in Southern Sweden and similar temperate zones can the plant, when a few years old, manage being planted outdoors.

SOWING: The seed is large and its germination time varies greatly. Make cuts in the rind and soak the seeds before sowing. Sow 3-4 cm deep in well drained soil. Germination may need 6 months. 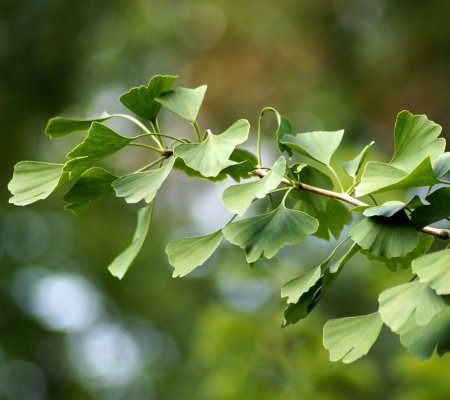 One portion contains about 5 seeds.