Lavendula augustifolia var. spica
is labiate with blue flowers. It grows wild in Southern Europe and is thought to originate there. L. is perennial and 30-60 cm tall. The Lavender thrives in limy, sandy soil in the full light of the sun. This is an excellent border plant. Pick the flowers half-opened and use their fragrance. They are also used to season jam and vinegar and candied too. The Lavender should be covered during winter in large parts of the country.

SOWING: Sow indoors in April after soaking the hard, sluggish seeds. Sometimes a week in the freezer compartment of the refrigerator is necessary to get the germination going. Set out when the risk of frost is over or sow directly in the ground outdoors in August! Keep 25- 40 cm between the plants. 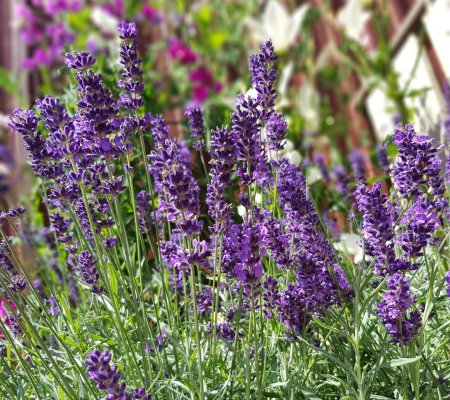 A portion contains about 250 seeds.