Phaseolus vulgaris
The garden bean P. vulgaris comes from South America originally, where it has been grown for at least 8000 years. Itis, probably, descended from the wild-growing pod plant P. aborigineus, which still grows in Argentina and Brazil. The different kinds of beans which have been grown in Asia for thousands of years have a hidden past in India and the Far East.

The Spaniards brought the bean to Europe at the beginning of the 1500s and then as a decorative climber. Short beans were not sold until the 1820s despite the North American indians having grown them for hundreds of years earlier. The pods of the beans were usually green often with violet spots up to 1830 when the first yellow fibrous golden wax pod arrived. Beans without fibre were not introduced until 1894.

Like other pod-plants, the bean is able to assimilate the nitrogen of the air by living in symbiosis with certain nitrogen-gathering organisms in the soil, the latter receiving carbohydrates in return. Thanks to this co-existence it is possible to grow pod-plants in nitrogen poorer soils, as long as the correct bacterium lives there. If beans have not been grown for many years it is a good idea to add a culture of bacteria to the seeds. The beans thrive in humus-rich, moisture-retaining, slightly lighter soil. It is a good idea to bank up the plants a little since some short sorts are unstable.

All kinds of beans except the broad beans, which are really more closely related to peas, require quite a lot of warmth and are affected by frost. Therefore choose a warm, sheltered plot for them. The beans are attacked, chiefly, by different fungi and viruses. Spread algomin, lime or rock flour and spray the soil with strong horse-tailwater and extracts of algae before sowing and after the beans have sprouted to prevent or reduce these attacks. Pull out the contaminated plants at once and burn them! Combat the plant lice, which spread viruses, with teas of tansy, wormwood, water of rhubarb leaves and soap can be used too. If nothing else helps against serious attacks use plant poisons like pyrethrum and rotenone to kill the lice definitely.

Co-planting strengthens the resistance of the plants and confuses some insects to some extent. Therefore, sow the beans in the company of carrots, potatoes, celeriac, the cabbage family, cucumbers, corn and summer- and winter savory, but never close to the onion family or fennel. To further diminish the risk of contagion one should never touch the beans when they are wet or damp.

The garden beans are usually classified according to their height in (var.nanus) short beans and (var. vulgaris) French Climbing Bean. These 2 groups are further classified in snap-, wax, and French beans to eat fresh and shelling- or cooking beans which are, usually, allowed to ripen before the harvest. The limits are a little fleeting. Snap-, wax and French beans can be allowed to ripen and be used as shelling beans when dried. Likewise the shelling beans can be enjoyed fresh, young whole pods or shelled, half-ripened seeds. The snap bean and the golden wax pod which have slender, tender, plump pods are harvested before the seeds have developed, while the long, broad, flat pods of the French beans can be allowed to develop small seeds, at least in part.

SOWING: One cannot sow too early, for if the seeds are to germinate and not rot, the soil must be warmed up to at least 12oC, preferably 16oC for un-disinfected seeds. Sow the beans 3-5 cm deep!

HARVEST: Pick off the pods often! Do not wait until they are too big, for then they grow more or less fibrous and get tough. The bean plant produces more pods as long as the old ones are picked. The beans can be frozen after parboiling or dried. Preservation is an old reliable method of keeping fresh beans and souring is too. 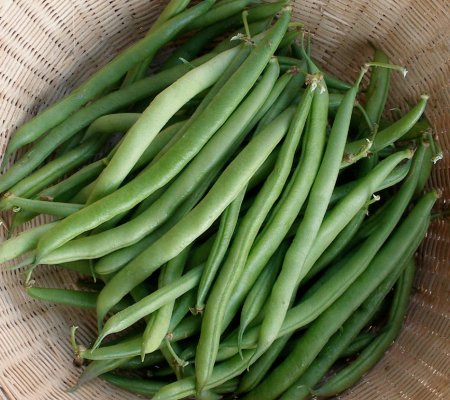 Is the fastest snap bean we have found. It is ready for harvest a few days earlier than... 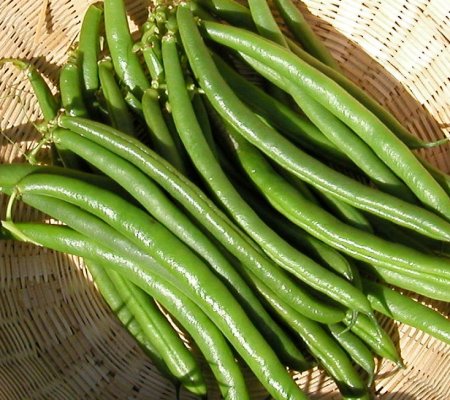 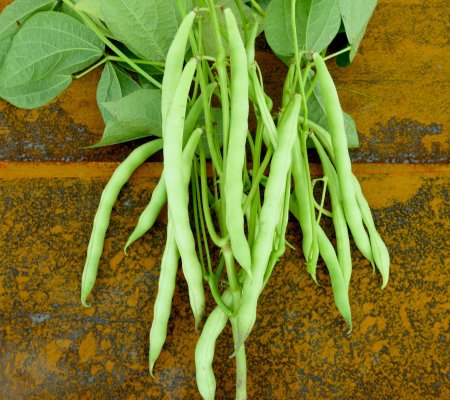 We have tried many varieties of green dwarf French Beansover the years and the pods are... 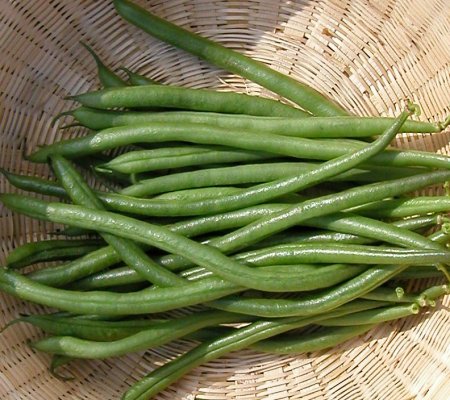 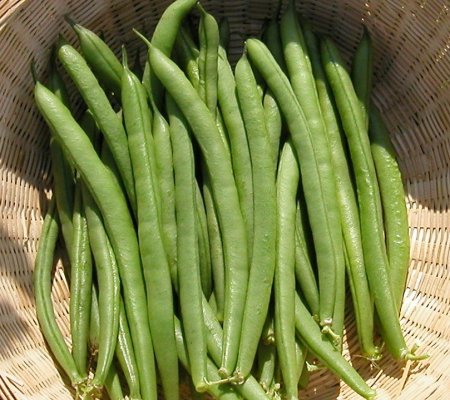 is an upright growing plant with its pods hanging free above the leafage. The easy to... 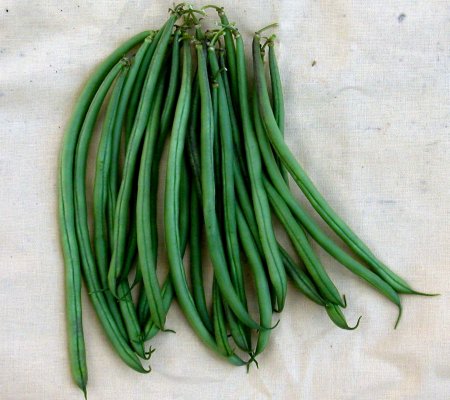 Is a long luxurious haricot-vert bean of long slender, straight pods, It's a very even,...