Beta vulgaris var. conditiva
The Beetroot is one of the most well-known members of the Goose-foot family and has been bred from the wild Shore Beet as White beet has as well, but the Beetroot is a lot younger than the White beet. The red and the white beet don"™t appear in Italy until the 200s. The Romans spread them across Europe and until the 1500s it was called the "Roman Beet". 200 years later not only the white, the yellow and the red beet were grown but the sugar beet and mangels and these ones soon became very important in agriculture as fodder for the animals.

The Beet root can be grown in most soils, but avoid the stiffest clays, but do use a four year crop rotation at the least. The Beet root prefers sandy soils with lots of humus. It has a moderate need of nutrients and too great a supply of nitrogen yields hairy, overgrown and bad roots. However the beet must not lack potassium. Give wood-ash, (too much wood-ash can cause scurf if the soil gets a too high pH-value), or rock flour. Boron is also important to the beet root. A lack of boron causes bad quality easily and brown patches inside the beet (heart rot).

The light rings which can be seen on the roots sometimes usually occur because of violent changes of weather. Long, warm and dry periods cause the beet root weak colouring, especially if violent down pours follow. The quality of the roots is best if they get to grow quickly and evenly without any great variations in soil and air. The root system is shallow so the beet root suffers during dry periods. Hoe on the surface so as to not harm the roots.
The Beet root is originally a shore plant and therefore it appreciates a little sea salt, seaweed, algomin or showers with extracts of algae and also well composed compost. It likes the company of bush beans, the onion- and cabbage families (especially kohlrabi), lettuce, radishes, but dislikes climbing beans and mustard. Attacks by insects are unusual, but after ploughing hay fields the larvae can cause problems and during dry summers the larvae of the soil fly can be controlled by heavy watering, possibly with extracts of Tansy and Wormwood too.

SOWING: The beet root seeds are troublesome. They want the exact right proportions between heat, moisture and oxygen to germinate evenly.  Many rot in cold soil and the number of bolters grows. If it is too wet they soon rot and if the soil is dense or dry nothing happens. Sow the seeds thinly and gradually until July ab. 2 cmdeep. Beet roots which are to be stored should be sown late otherwise they may get too large and hard.

SPACING: Keep 3-8 cm between the plants and 30 "“ 50 cm between the rows. The longer distance is especially for the oblong sorts. The beet root seed is really a fruit with 2-6 seeds, so several seedlings can sprout in the same place quite often. Many feel that a careful thinning out is important, but if one can accept some variation in size one can leave the thinning out to Nature. The strongest seedlings dominate and force out the smaller seedlings. Just do not sow too closely!

HARVEST: Small beet roots with the leaves intact, lightly poached are delicacies during the whole summer. Harvest the beet roots for storage before the iron nights begin. Leave a few cm of foliage and do not trim the roots, for the beet root easily bleeds. Keep the beets in sand, peat, dry leaves or just in bags at low temperature and high air humidity. They can, like other vegetables, be sliced thinly and dried, preserved in acetic acid or soured in milk. 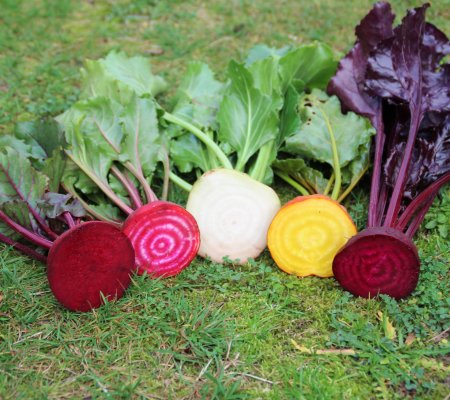 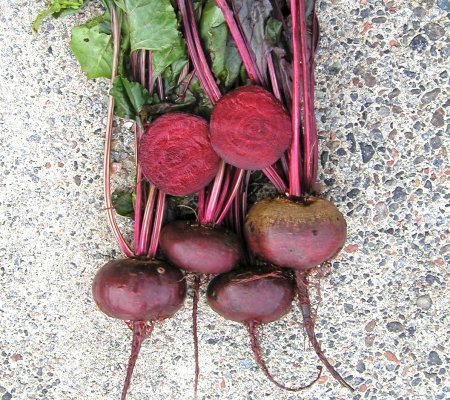 Is a fast growing strain of Egyptian flattened round beet root with vigorous foliage and... 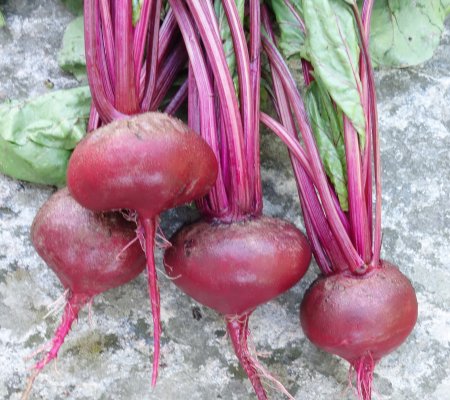 This isa very early and uniform beetroot. The fastest in our trials the last twoyears.... 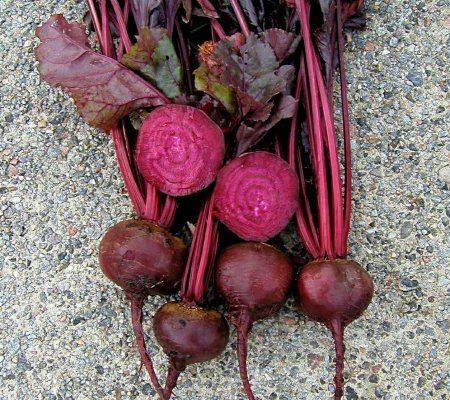 Is grown for its dark-red-violet, mild leaves and fully coloured roots. Young leaves are... 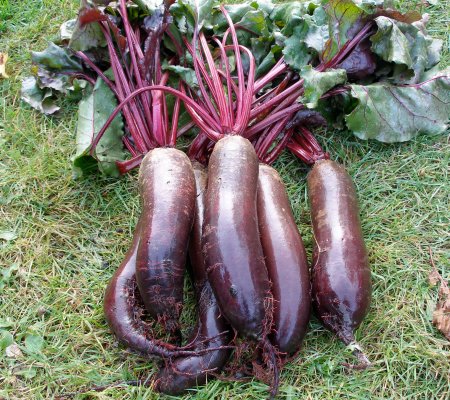 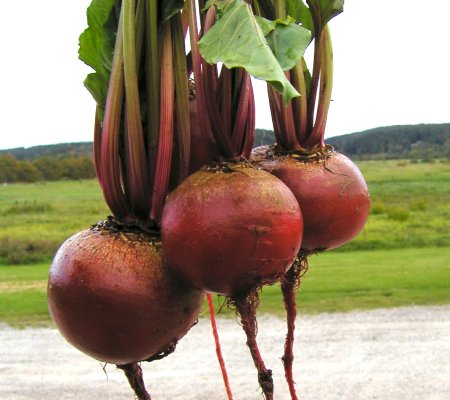 Is an old reliable sort from 1897. It is globe-shaped, has small foliage, thin skin and... 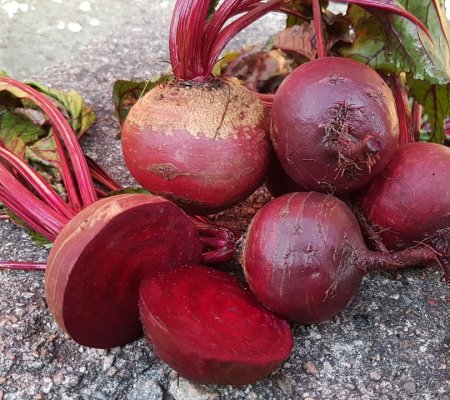 Detroit 2. Is globe-shaped, uniform and has lower contents of nitrate. This beet has thin... 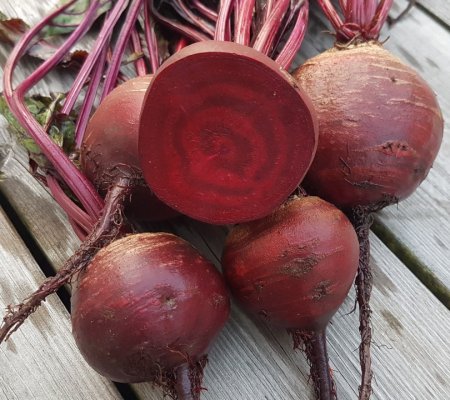 A new improved version of the famous Boltardy, which also shows good resistance to... 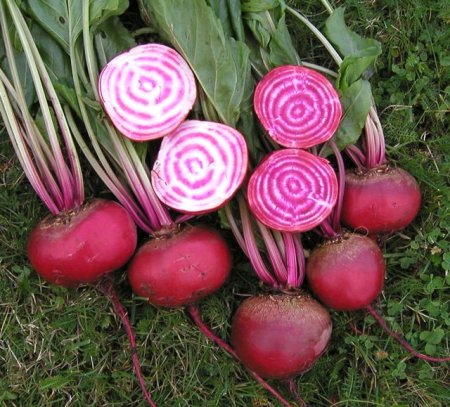 Is a different, old, Italian Beet of light-red peel and white flesh with rose-red rings.... 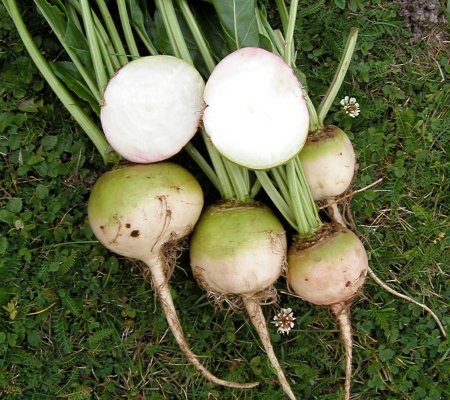 Is the best beet we have tried. It is absolutely one of the favourite beets in taste,... 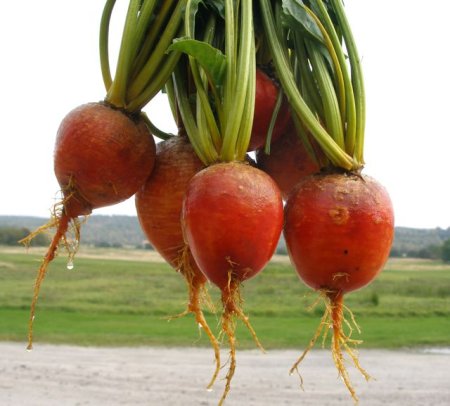 Yellow beet. Provides a round, yellow-orange root with a sweet and mild flesh that... 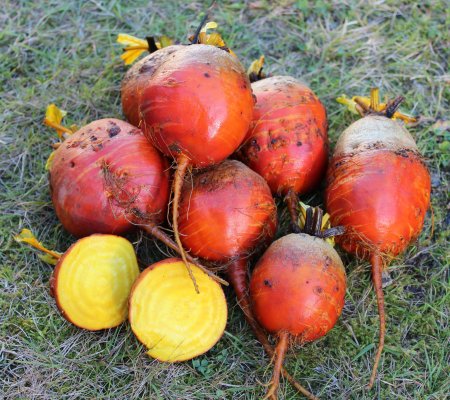