SOWING: Sow directly, 1-2 cm deep, in mid July for harvest later in the autumn. If sown earlier they will bloom and become woody. A really early sowing in spring might succeed.

HARVEST:  The Winter Radish isn"™t harmed by a few degrees of frost but it must thaw out completely before harvest. Do not wait for too long! The round Winter Radish shouldn"™t get larger than tennis balls and the oblong ones are ready when 4-5 cm in thick. Big roots crack and become spongy. Cut off the tops 1 cm or two above the root. Eat the Winter Radish raw in sandwiches, in salads, casseroles and preserves or soured. The Winter Radish is very nutritious like most other cabbage plants. 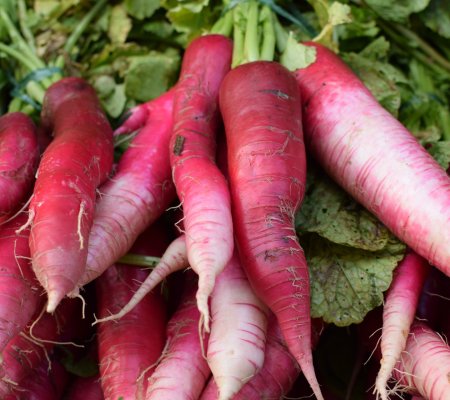 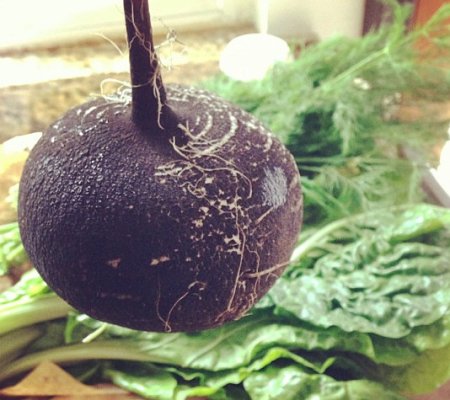 Is a black radish for the winter of black peel and tender, white flesh with a marked...