Raphanus sativus var. radicula
The radish is a cruciferous plant and was propagated from the Black Radish relatively recently. It was not until the 1700s that the radish which we are used to us saw the light of day. The Black Radish, on the contrary, has been grown for a very long time. Read more in the chapter on Black Radish. The radish develops best if allowed to grow quickly without interruption in damp sandy soil, rich in humus and a moderate amount of nutrients. If it lacks water the taste of the radish becomes acrid and it begins to bloom quickly. The radish isn"™t as receptive to clump-root disease as the other cruciferous plants we have grown, but avoid growing it in the same place too often. It is, however, attacked by the flea beetle and the cabbage fly quite frequently and they can be the cause of the acrid taste as well. Keep the surface of the soil damp at all times or scatter wood-ash, lime, rock-flour or algomin on the leaves and soil repeatedly. Stubborn and serious attacks may warrant the use of poisonous extracts of plants like pyrethrum or rotenone. Radishes and Black radishes can be grown together with most plants, but they dislike hyssop.

SOWING: Sow 1-2 cm deep directly after the soil is ready or in green-houses and hot-beds. It develops fast (4-6 weeks). Sow the radish seeds every few weeks until August-September, even longer in green houses.

HARVEST: Harvest often! Do not allow the radishes to grow to large and spongy! They will keep for about a week in the refrigerator. Do try to cook them as well, poached, fried, barbecued etc! 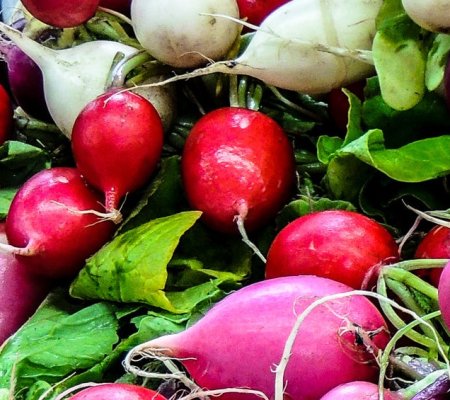 A lovely mix of red, pink and white radishes. Round and oblong. Why buy several bags to... 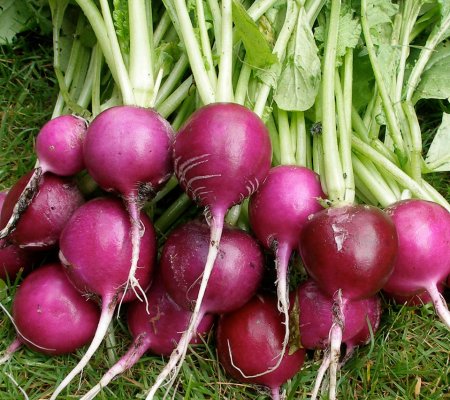 Is the most fantastic radish we have tried. Itis an early, globe-shaped, violet radish of... 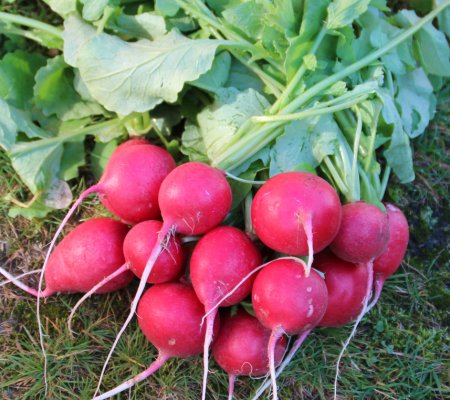 Is a durable, scarlet-red, round and smooth radish with quite small tops. It is sweet and... 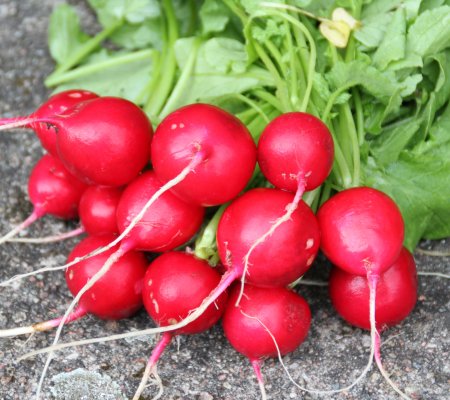 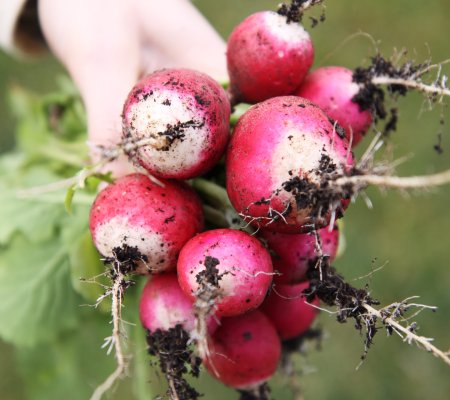 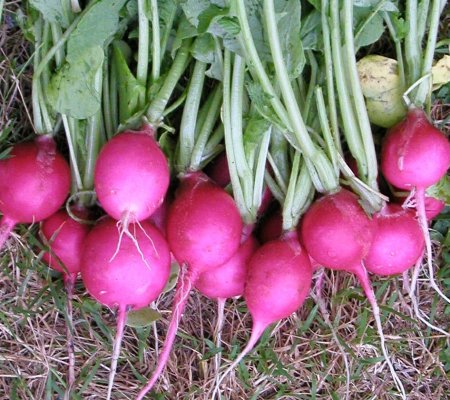 Is a delicious, ball-shaped, smooth, shiny pink radish, which can grow larger than... 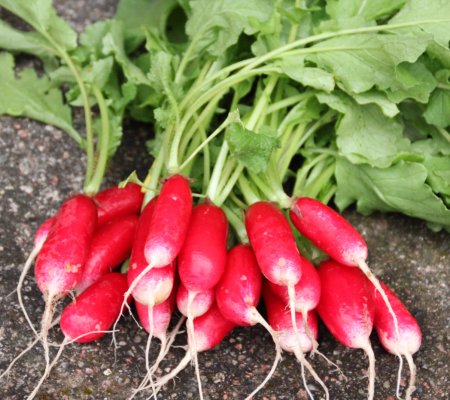 Is a choice, oblong, rose-red radish with white tip. It has a mild, crispy flesh of the... 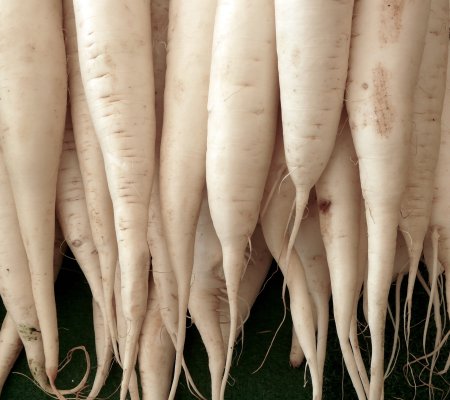 Is a completely white radish with pointed root 10-12 cm. Icicle is very beautiful and... 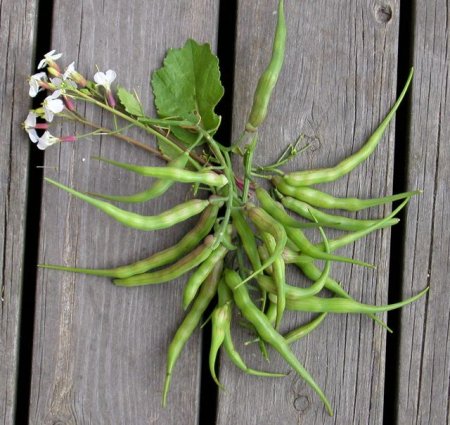 The name rat-tail says everything about its looks. It is grown for the spicy, tasty, 6-15...